Marcelo Bielsa says Calvin Phillips’ first-half substitution at Brighton wasn’t due to injury, explaining his tactical reasons, as Jimmy Redknapp believes “something isn’t quite right” between the Leeds duo.

The England midfielder was one of two changes in the break – Junior Firpo was also substituted after a tough time against Tariq Lamptey – and initial reports suggest he suffered an injury.

Phillips started the game again as a central defender – as he did against Tottenham last weekend – but moved to his usual midfield position during the first half before being ruled out.

But Bielsa explained the reason for the decision, saying: Sky Sports: “It was a change because I believed in Pascal’s traits [Struijk] They were more suitable for the game.

“A center of the match that he had a lot in common with Tottenham and I think the formation of the defensive quadruple with Llorente, Phillips, Cuper and Firpo will help us neutralize them.

“We started the match like this, but it wasn’t the right decision. After that, Phillips moved into midfield and it’s very likely that the adaptation didn’t help Calvin because he was playing well as a central defender.

Leeds scored their first away clean sheet of the season in a 0-0 draw at Amex Stadium ahead of a string of matches against Chelsea, Man City, Arsenal and Liverpool in December.

Jimmy Redknapp watched the match and felt there was friction between the Leeds coach and the midfielder over the past few weeks.

With results and performances that haven’t gone Leeds’ way this season – he is currently sitting three points above the relegation zone with Burnley against Tottenham on Sunday – Sky Sports An expert wondered if everything was okay inside the camp.

“I think there is something not quite right,” he said. “He was definitely detailed to play in defence, but I saw him drift into midfield,” he said.

“I listened to his interview after the Spurs game, where he had to back out a few times. He’s an England midfielder, he doesn’t want to play as a defender. 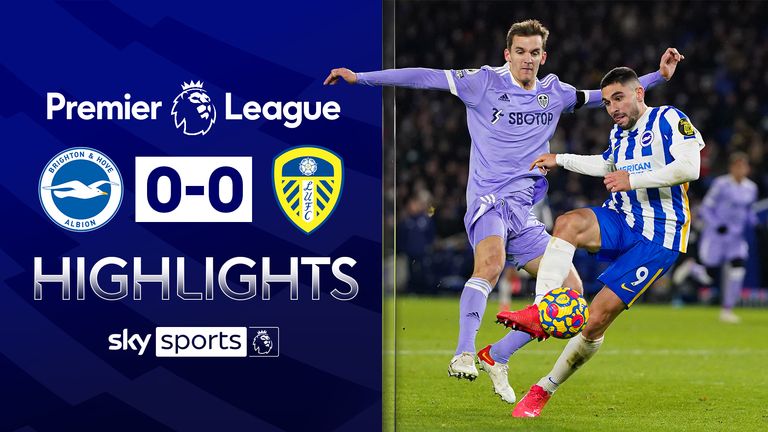 Free to watch: Highlights from Brighton’s draw for Leeds in the Premier League

“You have to need sometimes, as you have to do whatever is best for the team, but at the moment there are other defenders in Leeds who can do the job.

“He wants to do the job he’s doing for England – which comes with frustration and comes, in a sense, with ego as well.

“He will know now, after the Euros, people are talking about him, the big clubs are flirting with him, people want him, he doesn’t want to play Leeds centre-back.

“That’s very interesting. It certainly looks like there is a clash between him and Bielsa at the moment.

“If I’m Bielsa, falling out with the players is not the right thing to do when results are bad. This could be the start of something that isn’t quite right at Leeds.

“I’ve been a huge fan of Bielsa, but when I see his body language, the way they play, they don’t play at the level we expect, and disagreement with top players is not the step you should be making now.

“No great player wants to pay off at half-time – if you’re going to leave at half-time, you’re angry. It’s a blow to your ego. He won’t be happy with that at all.”